As the title suggests, this weekend found us dealing with a delightful bout of gastroenteritis – Isabel had first started throwing up on wednesday (as mentioned in the previous post) but that had stopped by the time Daddy got home and so we thought we had got away with it after all!

How wrong we were – after being perfectly fine on thursday, Isabel let loose (so to speak!) with avengence on friday and began throwing up at about 5am and didn’t stop all day!! Having decided to seek advice from NHS direct in the afternoon, I was told that I ought not to be starving her and that I could give her some milk if she wanted it (up to this point, I’d only given her water) – well, that was a stupid idea wasn’t it!? No sooner had it gone in, then it came hurtling back out again – and, it has to be said, was a damn sight harder to clean up than the watery vomit we’d had previously! Bizarrely, she did continue to drink the bottle of milk which caused a repeat performance of moments earlier and at this point Mummy made a mental note not to give her anymore milk until she was sure she would keep it down! After that, we decided to seek the wisdom of the GP – when we eventually were able to talk to him, he was a little horrified that we’d been told she could have milk and instead gave her a prescription for some rehydration powders……persuading her to drink them took a little bit of creativity on Mummys part but we did manage to get some in her – and even keep it there for at least 10 minutes!
END_OF_DOCUMENT_TOKEN_TO_BE_REPLACED

If you are able to believe it, Isabel will be two in just under 2 weeks – if someone would be so kind as to tell me where the time has gone, I would be most grateful!

Admittedly, she does seem to grow, height wise, on an almost daily basis and we have just come into the â€œparrotâ€ stage with her vocabulary â€“ this is lovely and often hilariously funny (such as last night when having a snuggle with Daddy she said â€œHello, Gorgeousâ€ â€“ heâ€™s been called worse things, Iâ€™m sure!) though we are still trying to avoid the swearingâ€¦â€¦..the fact that she is currently unable to say â€œfâ€ is a big help and it means that we get â€œsuckâ€ instead of something MUCH ruder and it is relatively acceptable in public â€“ for the time being, we are the only people who know what it was meant to be!

END_OF_DOCUMENT_TOKEN_TO_BE_REPLACED

When Kate took the photo of Molly below (right, in case you weren’t sure!) she immediately remembered having taken a similar photo of Isabel some eighteen months ago, or so. She therefore suggested we put them side by side as a comparison.

For the record, the photo of Isabel was taken (we think) in September 2005 when she would have been around 4 months old. The one of Molly was taken in February this year (according to the properties of the file on the computer) when she was about 5 weeks old. 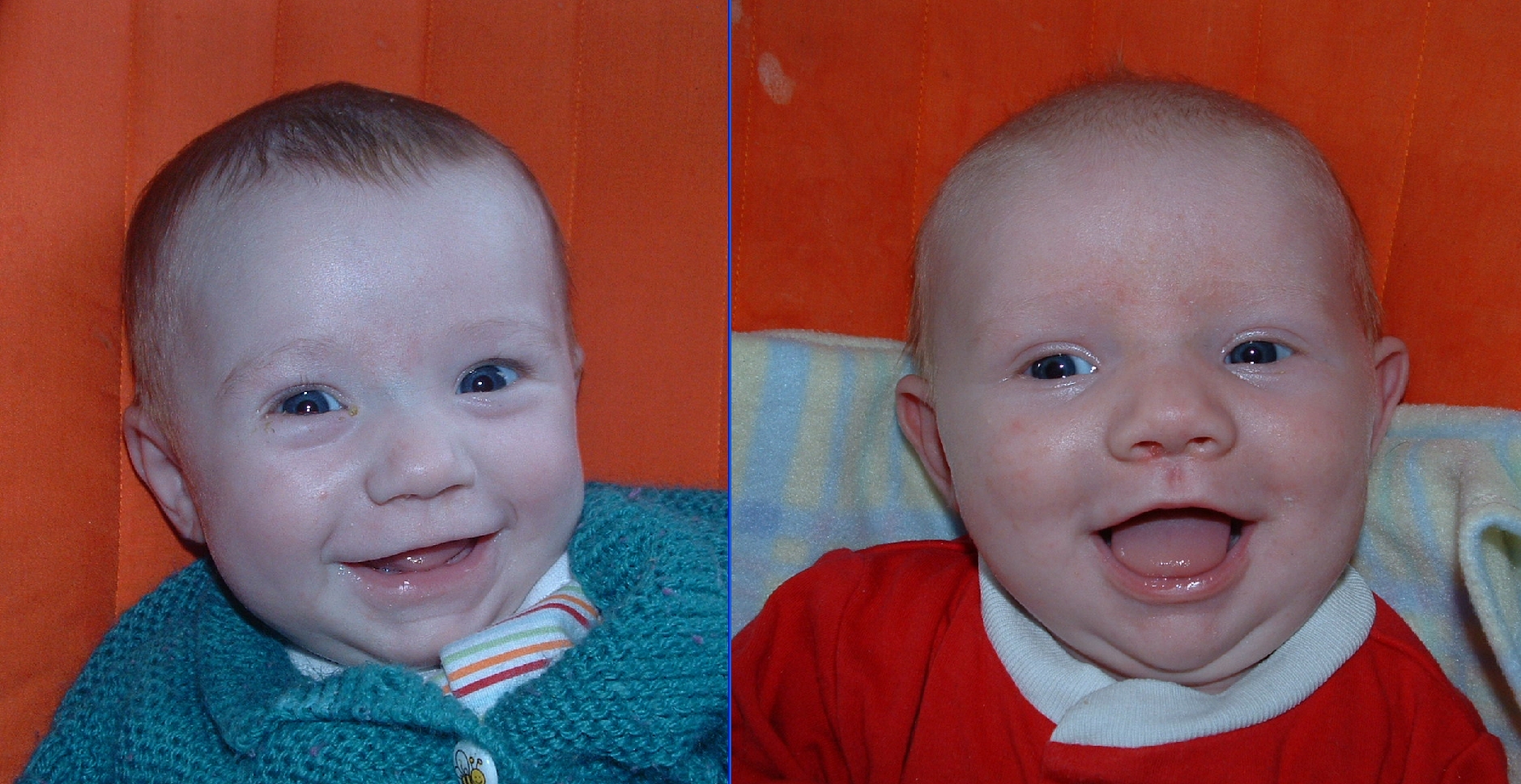 Kate has added another gallery of pics. Click pic below, or link to the left.

… you wait around for ages and then two galleries come along at once!! And there are still no christening photos amongst those galleries – they’re still to come. Anyway, if you would like to look at some more pics click the gallery page link on the left, or click either of the photos below to go to the gallery. Enjoy!

Itâ€™s been a busy few weeks for the Family Winchurst â€“ well, busy by our standards anyway!

We had the Girls Christening which was lovely â€“ pictures will be up shortly, we are just in the process of gathering them up for a Gallery. It was great to catch up with lots of people that we hadnâ€™t seen for a while â€“ apologies if we didnâ€™t get much chance for a really good chatâ€¦â€¦.it was a bit like getting married again â€“ so many people to see and not enough time to get round everyone!